www.classengroup.com
Menue
What we at CLASSEN do for the future of our children 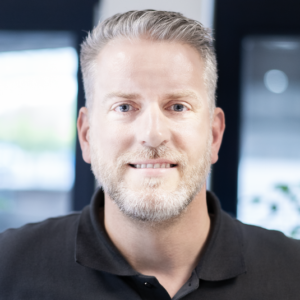 How many tonnes of CO₂ emissions could we save at CLASSEN in 2020 and how did we do it? I will reveal it in my blog post.

Rainer Hück is head of cross-site energy management at the CLASSEN Group for the plants in Kaisersesch and Baruth. He is married and has two sons.

Saving energy and using resources responsibly have always been topics that are important to me. Today more than ever. Because I have two sons and feel responsible for the future I leave them. Every gram of CO₂ we reduce today protects the climate of future generations. So I am lucky to work for a company that cares about that too.

In 1997, I was hired at CLASSEN as an energy electronics technician on shift duty. While working, I attended technical school for four years and graduated as a state-certified electrical engineer specialising in power electronics. Since 2012, I have been responsible for the energy management of the CLASSEN Group together with the team in Kaisersesch and Baruth / Mark.

For example, we are working with great zeal on the "CO₂ ZERO" project at the Kaisersesch site. Our goal is to soon produce completely CO₂ -neutral. We have already achieved a lot. For example, we obtain 100% green electricity from hydropower in Kaisersesch. In total, we could save around 12,800 tonnes of CO₂ emissions annually from 2020. This corresponds to the amount of CO₂ emissions from almost 2,400 flights from Frankfurt to Sydney and back. We were able to save 5,300 tonnes of these emissions by specifically looking for energy-saving possibilities in the factory and then implementing them. We have switched to LED lighting in the production halls, we now automatically switch off cooling units over the weekend and we have improved the insulation of various media pipes. Every single measure helps to reduce the so-called "CO₂ footprint" that we leave for future generations.

One of these measures in 2020 was a particular challenge. In Kaisersesch, we produce digitally printed carrier plates made of PVC-free, recyclable CERAMIN for polymer floor coverings. (Video)These boards are prepared accordingly, printed and then sealed with lacquers. Energy is required for the drying of the media applied in this process and their curing. This accounts for about 70 per cent of the total plant output and is thus the largest single consumer in our production. The lamps used there are mercury and gallium-doped lamps that produce light with UVA, UVB, UVC and UVV rays matched to the respective media. Reflectors are used to increase the output of the lamps, i.e. to increase their radiation energy yield.

The reflectors originally installed by the system manufacturer are so-called dichroic reflectors, which means that they only reflect certain wave ranges of the light. However, they also partially reduced the desired radiation, so that we almost always had to operate the spotlights with increased power. This not only led to high energy consumption, but also to heavy wear and tear on the lamps used, which had to be replaced frequently as a result. Naturally, this resulted in costs and downtimes during replacement.

Our colleagues in the printing technology department, together with our energy management department, then tested other reflectors over a period of several weeks. We measured the UV intensity achieved and the energy required in each case and calculated the respective investment and spare parts costs. Finally, we decided to use new aluminium reflectors. We can now operate these with up to 20 per cent less power than the old reflectors, and with the same drying and curing results. This saves energy and costs and we have fewer downtimes, while at the same time ensuring that the high quality of our products is maintained.

In the meantime, our colleagues in the maintenance department have replaced up to five reflectors on each of our three digital presses. The new reflectors already save enough energy per year at one spotlight to supply about nine four-person households for a year. The energy share of drying and curing in the total system output could be reduced by 14 percent.

This was only one measure among many, and we are constantly looking for new ways to produce more efficiently and thus sustainably save energy and CO₂ emissions for future generations.

Our colleagues in Baruth / Mark were also able to save almost 4,000 tonnes of CO₂ emissions last year. They are constantly improving their plants to save energy. Our energy management has just been recertified again according to DIN EN ISO 50001:2018 after corresponding plant audits in Kaisersesch and Baruth, confirming that CLASSEN is continuously improving energy efficiency and energy consumption, continuously reducing its energy costs and sustainably reducing greenhouse gas emissions.

According to the two external auditors who carried out the certification audit in Kaisersesch, we are among the top three companies they audited this year. This is once again a top ranking for CLASSEN and the result of great teamwork towards the goal of leaving our children a planet worth living on. 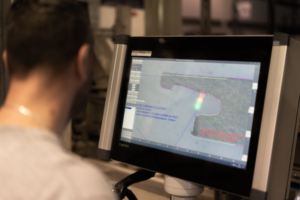 How we at CLASSEN revolutionised the profiling of laminate floorboards

In 2002 I read a newspaper report about the opening of a new laminate factory in Brandenburg. It sounded tempting like a ticket to the future: there was a brand new plant in Baruth in the Mark Brandenburg and it had just started operations. I applied without further ado and joined the team at CLASSEN Industries in March 2003. Since then, a lot of new things have happened in Baruth, the factory has quadrupled in size! Here is a brief summary of my experiences over the last 19 years. 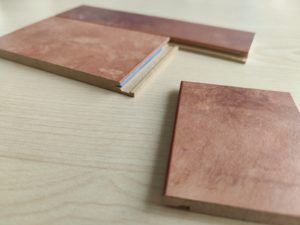 MegaLoc: We designed the final profile in the pizzeria

CLASSEN's MegaLoc locking system for laminate is groundbreaking in the flooring world. In this blog, I describe our journey from idea to market-ready production. 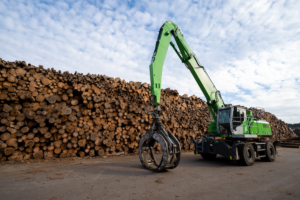 220 tons in one hour - my work at the lumberyard

Is it possible to process as much wood as we do at CLASSEN for our laminate and still be sustainable? Yes. I'll tell you why in my blog post.