www.classengroup.com
Menue
20 years in Baruth - how we became part of the region 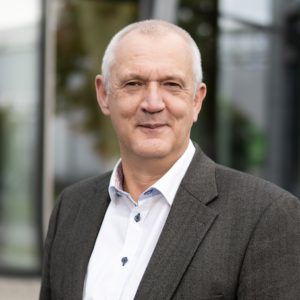 Carsten Buhlmann started at CLASSEN Industries in Baruth / Mark in 2000 as plant manager and today heads the plant as managing director. He has accompanied and shaped the development of the Baruth site from the very beginning.

In 2000, when we had just started building here, we needed a few things to keep the construction site clean. We found a very small DIY store in Baruth and said, "Good afternoon, we would like brooms for sweeping and shovels for the building site and wheelbarrows. On account for CLASSEN, please." "CLASSEN company? We don't know it. Anyone can come there," was the reply. So we didn't get any credit to buy on account and I first had to advance my private money to buy 20, 30 brooms, shovels and a wheelbarrow.

At that time I was just 33 years old and a few weeks earlier I had accepted the job I was offered as plant manager at Classen Industries. Here in Baruth, where ten years earlier the Russian army had still been in charge, a modern laminate flooring factory was to start production in a few months. But where were qualified employees to come from and how were they to be trained? At that time, I read about 700 applications and CVs for the first 100 jobs we advertised. I myself was born in the East, grew up in the GDR and studied there. That helped me to assess the applicants.

So then one day I stood in front of our future employees with three pictures of a computer animation by our architect, behind me three office containers and the thin pine forest. I looked into the sceptical faces of my future colleagues as I spoke of a great future in this new factory.

Many applicants reported that they had to forego wages with their previous employers because they could not or would not pay. One of the first questions I was asked at that time was: "Is CLASSEN an employer that always pays its wages on time?" I always said, "YES". Indeed there hasn't been a month to this day where every employee's money hasn't been in the account on time to the day. At that time, there were not many employers in Brandenburg who could claim that. Of course, word got around over time and the people here knew at some point that CLASSEN was a reliable employer.

We were lucky because we found a training provider who taught our future colleagues the theoretical knowledge we had specified. However, our new employees were also supposed to learn the practical side of a laminate flooring production and for this they had to be integrated into the factory in Kaisersesch and into the shift operation there. CLASSEN organised dozens of rental cars through our purchasing department, always for four people, to bring them from Brandenburg to the Eifel. No applicant refused the necessary training in Kaisersesch. The motivation was palpable and infected us all.

Most of those we hired back then are still with us today. Our David Schumann, who is now head of profiling and packaging and responsible for 200 employees, came fresh from the technical college at that time and was given the task of supervising the training of our new colleagues in Kaisersesch as his first job.

From the very beginning, we have trained ourselves and thus have practically brought in our own experts. For example, division managers, production managers, mechanical and electrical maintenance managers and many shift supervisors started with us as trainees or temporary workers. Most of the staff have family members from the region. This is another reason why the employees are so closely connected to our plant.

This is reflected, among other things, in the achievements that we have all made here together time and again to make our location strong. No other laminate flooring location in the world has yet managed to exceed the 70 million square metre mark and we only just scraped 80 million square metres in 2020. Yet laminate flooring has changed fundamentally over the last 20 years. Today, our technological developments such as glueless installation systems, fold-down installation with MegaLoc, particularly energy-efficient production processes, digital printing and water-resistant laminate flooring have long been standard. We can proudly say that the employees of CLASSEN in Kaisersesch and Baruth have had a decisive influence on the development of laminate flooring.

Of course, the philosophy of clean production has been important to us in Baruth from the very beginning. So we built up a good relationship with the State Environmental Agency and regularly invited their staff to visit us. This open way of communicating has led to the authorities having a great deal of trust in us today. That helps us when we want to build new extensions. We have also taken direct noise measurements and implemented noise protection measures. That, too, has made us a respected company around Baruth.

After 20 years, we can look back with a certain pride. Today, we are not only the best-paying employer in the region, we have also become part of the region and the region lives with us. 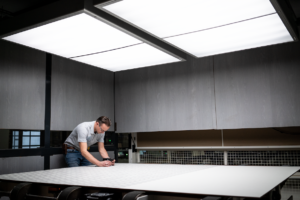 From entry to the rise of digital printing for laminate flooring

END_OF_DOCUMENT_TOKEN_TO_BE_REPLACED 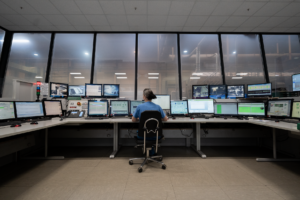 How to become one of the best plants in the world

What makes a good production location? For me, the answer is clear and I am happy to give it in my blog post.

END_OF_DOCUMENT_TOKEN_TO_BE_REPLACED 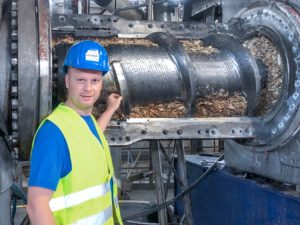 To keep HDF production for laminate production running smoothly for the whole world, we have to keep the equipment in top condition at all times. This is an exciting task, which I tell you about in my blog post.